By ASK THE LAWPublished On: November 19, 2022Categories: ASK THE LAW, Social Media 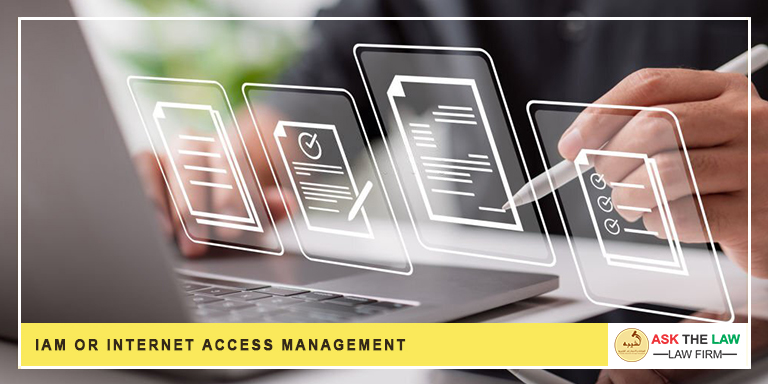 IAM Access Management policy is implemented and governed by TDRA, in the United Arab Emirates. TDRA stands for Telecommunication and Digital Government Regulatory Authority. It is also coordinating with MRO. MRO stands for Media Regulatory Office. IAM policy contains rules, categories, and technical infrastructure, concerning the internet, and these rules have to be adopted by and followed by the service providers. It manages harmful traffics, websites, offensive material, anti-religious sentiments and moral values. TDRA makes sure that it does not contradict with the UAE, religious and social values. TDRA has to be very much effective and widely cover all the required stuff. The service providers in UAE e.g. Etisalat and DU, are to block the content which is requested by TDRA. For example, porn content, nudity, offensive content, anti-religious contract, insult, defamation, against the government and against the government policies, against political actions of the state, nepotism, discrimination, gambling, fraud blackmailing, terrorism, extremism etc.

The aim was to provide value and strength to UAE Media for a better international representation. It includes improving the role of government communication, rejuvenating and improving the coordination among media authorities in UAE, revitalizing the cooperation and the partnership concept, and creating good terms and cooperation with global media houses and platforms, to enhance UAE’s image and reputation in a global world, and to add a contribution, and to make sure that modern equipment and technologies are being used.

The National Media Office or also known as “NMO” is the new media unit, at Federal Level. NMO is responsible for developing the media sector inside the United Arab Emirates, at Federal Level, or at the national level. It has to improve the UAE’s status and global image. NMO also has to enhance the cooperation among media offices and make sure that Emirati citizens possess media skills, personality building, high values, and high ambitions and are equipped with modern equipment. NMO also has to train the Emiratis in the media field, belong to media field. NMO also has to work on their personalities and the grooming of Emiratis in the Media field. NMO is kept connected and affiliated with the Ministry of Presidential Affairs. WAM also has to support and report to NMO. Search more about WAM here.

MRO or also known as Media Regulatory Office has to manage media activities and the free zones authorities connected with MEDIA inside the United Arab Emirates. MRO works in affiliation with the Ministry of Culture and Youth. It is not like the NMO which is in affiliated with the Ministry of Presidential Affairs.  MRO has responsibilities as follows: