By ASK THE LAWPublished On: July 18, 2022Categories: Bankruptcy UAE 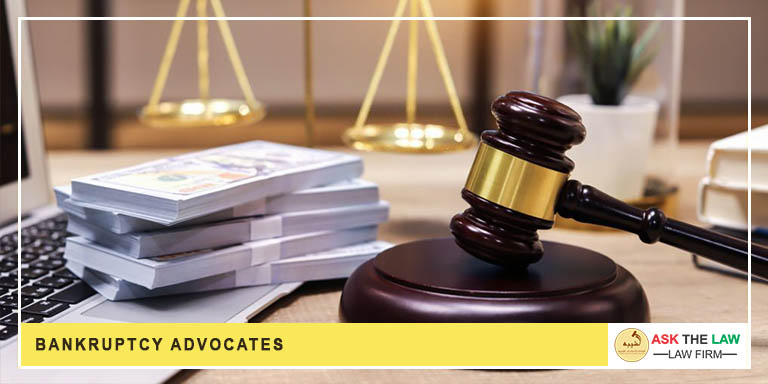 Bankruptcy helps those people who are not in a position of paying more. Through this process, the people always get a new start where they liquidate their assets, for paying their debts or by getting a repayment plan for their debts. There are separate laws for Bankruptcy and separate legal experts known as Bankruptcy Advocates.

He just needs to file the bankruptcy through the lawyer and the lawyer has to manage all the process in Court. Meetings are arranged between the judge and the lawyers of the person where through the liquidation process, the bankruptcy is filled. As per the higher Courts in the United Arab Emirates, it gives a new opportunity to the debtor/person to get settled, come back again, pay off the debts and restore its positions back. There are 6 types of Bankruptcy. The types are as follows:

Federal Law Decree No.9 of 2016, is the federal law on Bankruptcy. It describes the part of the process in detail. For example, the location is the United Arab Emirates. It is under the Ministry of Finance. The court is Civil Procedure Law. The decision is directly taken by UAE Federal Cabinet. Assets belonging to the debtor are called as Debtor’s assets. His business is classified as a Debtor Business in the documentation and bankruptcy process. Cessation of payment means when the debtor proves failed to pay it. It is dealt with in local UAE currency which is Emirati Dirham.

The Bankruptcy law was amended in UAE in 2021. It discussed that the managers or the directors of debtors can hold liable if the debts are not paid. If the assets of the company are not able to manage at least 20% of debts, then as per court order the managers and the directors have to pay the debts. The Article 147 states it as follows:

“Assuming the statement of chapter 11 is judged, the Court might arrange for heads of the board, administrators or those responsible for liquidation in liquidation methods, to pay a sum to reimburse the obligations of the account holder, in the event that any of them clearly commits any of the accompanying demonstrations, inside the two years following the date of starting the methodology, as per this Section.”