By ASK THE LAWPublished On: June 29, 2022Categories: Misdemeanor 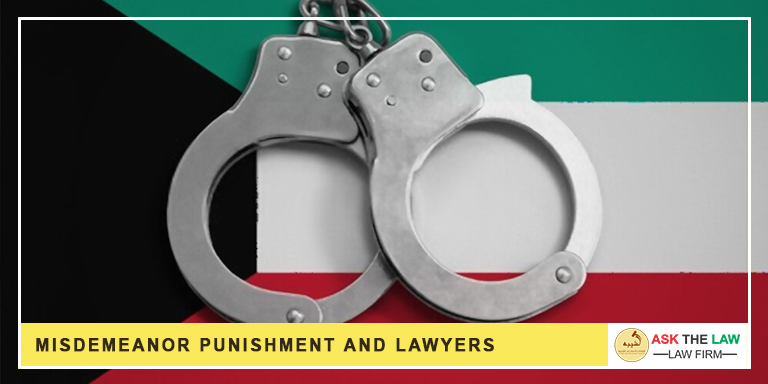 As per the definition, the Misdemeanor is a crime which is less serious than Felony. Felony Crimes are like murder, theft, cybercrimes, forgery, fraud etc. Minor Crimes, also known as Misdemeanors, are crimes that do not have a major impact and are less serious in nature. Misdemeanor means when you are having bad behavior for others as well as bad legal behavior for others. Therefore the Misdemeanor is recognized as a less serious crime than Felony. Misdemeanor does not restrict the civil rights but it can be a reason to lose the employment, professional license, trade license, authority, respect or any social or professional status. Article 29, Federal Law 3 of 1987, describes that Misdemeanor is a crime punished by penalties as follows:

Article 36 of Federal Law 3 of 1987 states that” The Law shall determine those Misdemeanors an attempt to commit which is punishable, as well as the penalty for such attempts.” We suggest before proceeding check with our Lawyers and Legal Consultants. Imprisonment will not be more than a year. For the understanding we can mention that a punishment for the Car Theft can’t be more than one or two years. This is not a murder or serious crime so the convict will be put behind the bars for a long period of time or given a heavy fine. But this is a criminal offence, confirmed by UAE Criminal Law.

As per Law, when Public Prosecution passes a judgement or any kind of final verdict then that can be appealed but within 7 Days. If the appeal is not submitted then the judgment will be considered as the final one. Courts in UAE can hear the Misdemeanor Cases and pass the verdicts as Misdemeanor Judges in Misdemeanor Courts. Misdemeanor is a minor criminal case, therefore, a separate judicial system is created where such cases are dealt by the Criminal Law judges. The reason behind this was just to manage the cases, and reduce the burden on Criminal Courts where felony cases also have to be managed. The perpetrator of a minor crime is usually fined or receives a jail sentence of less than a year. A good Criminal Advocate in Dubai can ensure that their client gets the least possible penalty in case of a misdemeanor.

There are three steps involved in the legal proceedings in the case of a Misdemeanor in Dubai.

Initially, a complainant files a complaint at the police station. The police officers record the statements of the parties and file a complaint. After the completion of the investigation, the complaint is finalized and the case is forwarded to the public prosecutor.

In the court of the first instance, minor crimes are presented before a single judge, whereas major crimes are presented before a panel of three judges. The first stage of the criminal court is the trial stage when the parties present their claims before the judge. The accused party appears in person and is asked by the court to either respond to the charges against them or plead guilty. In case the accused person pleads ‘not guilty, another hearing date is set so that the accused person can present their defence and bring witnesses.