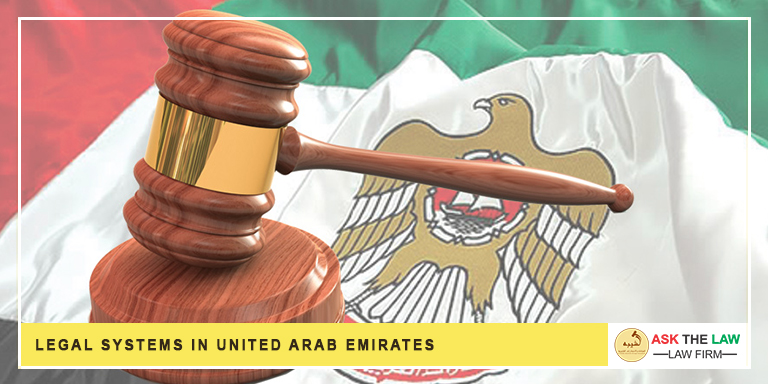 It is to be noted that legislation and the law are federal, which is equally applicable in every Emirate. The government (federal government chief) is President and the vice is called as Vice President. This Federal Council is recognized as and made as, the high entity, of importance. Federal Supreme Council, has ministers, known as Cabinet Ministers. The Cabinet is responsible for making laws, implementing laws, revising laws, and finding out the need required. The federal national council has to issue and acts for cabinet as an advisory Body. Emirates are granted the right to execute their jurisdiction under Federal Law. Article 45 of UAE Constitution, explains the several establishments inside the union. These authorities or establishments are Supreme Council and National Council.

Like other parts of the world, the judiciary is kept fully independent in UAE. They have the freedom to take decisions, they can’t be influenced by anyone, and they are granted authority ad power to take decisions. They are under Federal Law with an independent structure.

Constitution allows all the Emirates in UAE to keep its personal and Emirate-based legislative structure. Emirate is provided its Emirate-based judicial establishment, except few joint matters which are all the FOREIGN AFFAIRS, DEFENSE Related Matters, HEALTH Sector, Education Sector, Internal Matters UAE, SECURITY related matters etc. Let us repeat that these sectors are governed by common National Council, and Emirates can’t influence them on a personal level. Emirates are granted the personal legislation but the law and rule are Federal. All the federal laws are enacted by Federal National Council.

When a Bill has to be passed then, the concerned Ministry drafts the Bill first. If it is connected with any other Ministry then, the relevant ministry also supports as well as MOJ. (Ministry of Justice). After this phase, a Bill draft (final from the ministry) is forwarded to National Council. The National Council has to arrange a discussion on it, check it and approve it for the final enactment. The amendments in constitution, if needed, are considered mandatory and Supreme Council submit draft proposal to Federal Union for the constitutional amendments. The source of Law in UAE is Sharia Law or ISLAMIC SHARIA Law. Apart from that it is also based on Egyptian and French Laws. But Sharia is the primary source.

The legal system of the UAE is constitutional and based on both Federal Law No. (5) of 1985 Concerning the Civil Code (UAE Civil Code) and Sharia principles. The Constitution, federal and local emirate laws and regulations, sharia law, custom and practice are sources of law for civil matters. Most of the laws in the UAE are based on Egyptian and French civil legislation.