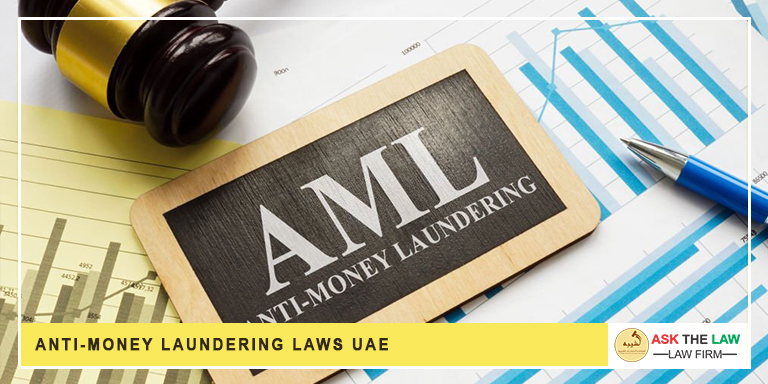 The Article 1, mentions the products of this act or Law e.g. the United Arab Emirates as a country, the finance ministry as a ministry, the Minister of Finance as a minister, UAE Central Bank as Bank, National Committee for Combating Money Laundering, Security Institutes, Monday Laundering, the details of funds, Financial Institutions, Legal Documentations, details about the transaction, etc.

The Article 2, explains that any person who has knowledge of money laundering, he is doing money laundering directly or indirectly, he is supporting this activity then he will be considered as the participant in this illegal activity which is stopped by State. If he has transferred the funds, illegally, or has not revealed the source, which proves him doing the illegal job will be considered Money Laundering.

Note: If he is found facilitating Terrorist Activities, then he will be charged with supporting and financing terrorism.

The perpetrator, will not be exempted from any other punishments. But any illegal transfer should not be made a condition for Money Laundering. Money Laundering is well defined with its rules and regulations.

Article 3 throws the light that is defined by Federal Law 3 – 1987, and Federal Law 7 – 2014 as; anyone caught providing or financing, directly or indirectly will be considered a convict supporting terrorism.

Article 4, if the account of a person is used locally or internationally then, he will be liable for the crime. His account should not be used even without his permission or Knowledge.

Note: This is the synopsis only, and you can search the complete Law Here: Click Here

Financial Intelligence Unit (FIU), is supposed to check suspicious transactions, financial reports, suspicious information, etc. FIU is much more important and responsible, for checking and monitoring all suspicious activities. FIU has to conduct the Investigations and find out the accused and responsible.

All the records and the data have to be maintained for investigation and reporting. It should not be wasted or compromised because this is related to national security. National Security means any data which is leaked or shared can bring dangerous consequences to the country. Therefore safety is also an important reason in this regard.

As we mentioned above that if a person knows about any illegal activity then he can inform security institutions, CID or Police in UAE. If a person wants to hire Legal Assistance in this regard, then he or she can also hire or acquire from the top law service providers in Dubai.